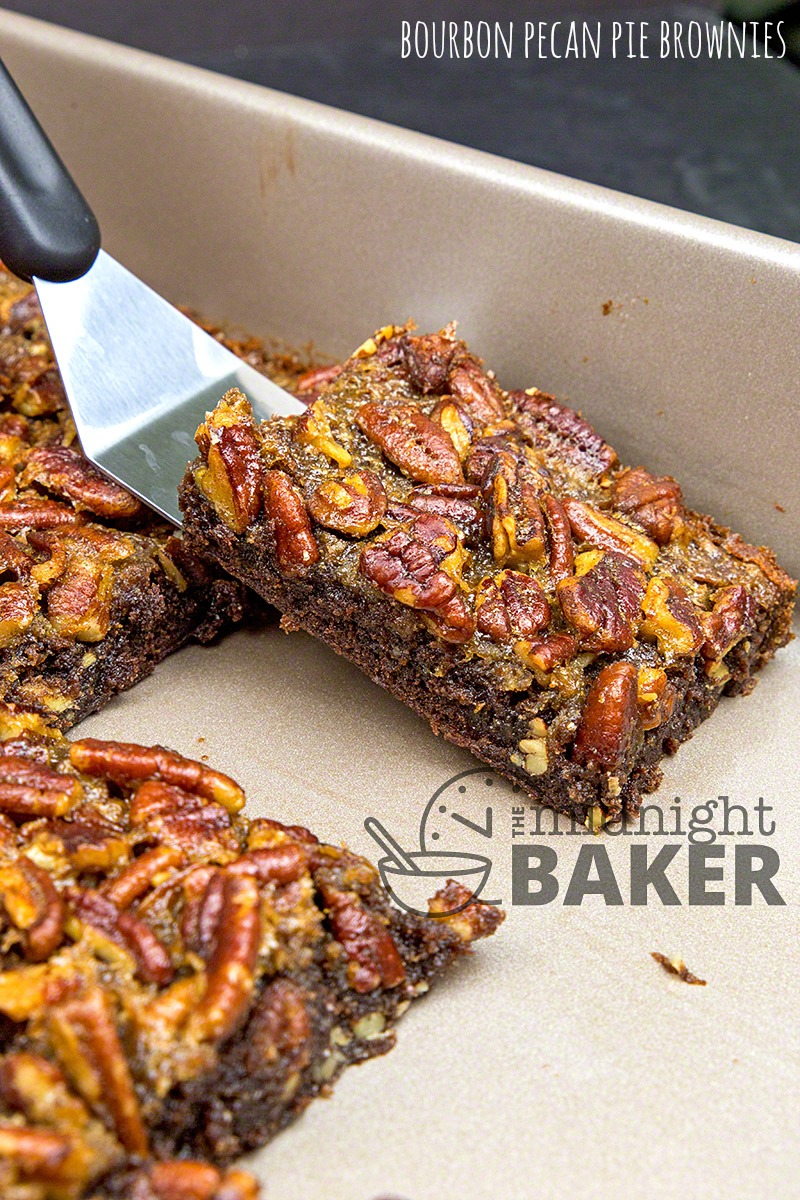 Who doesn’t love brownies? They are a national favorite since there’s so many ways to make them. The ways range from simple to gourmet.

These bourbon pecan pie brownies come in somewhere in between. The base is as simple as you can get. In fact, the base is so simple it’s a mix. So as a result, there’s no work there.

It’s the topping that’s the interesting part of these brownies. It consists of a luscious pecan pie concoction to which you add a tad of bourbon. The liquor, of course, may be left out if you don’t appreciate the taste or are going to serve it to the kiddos. 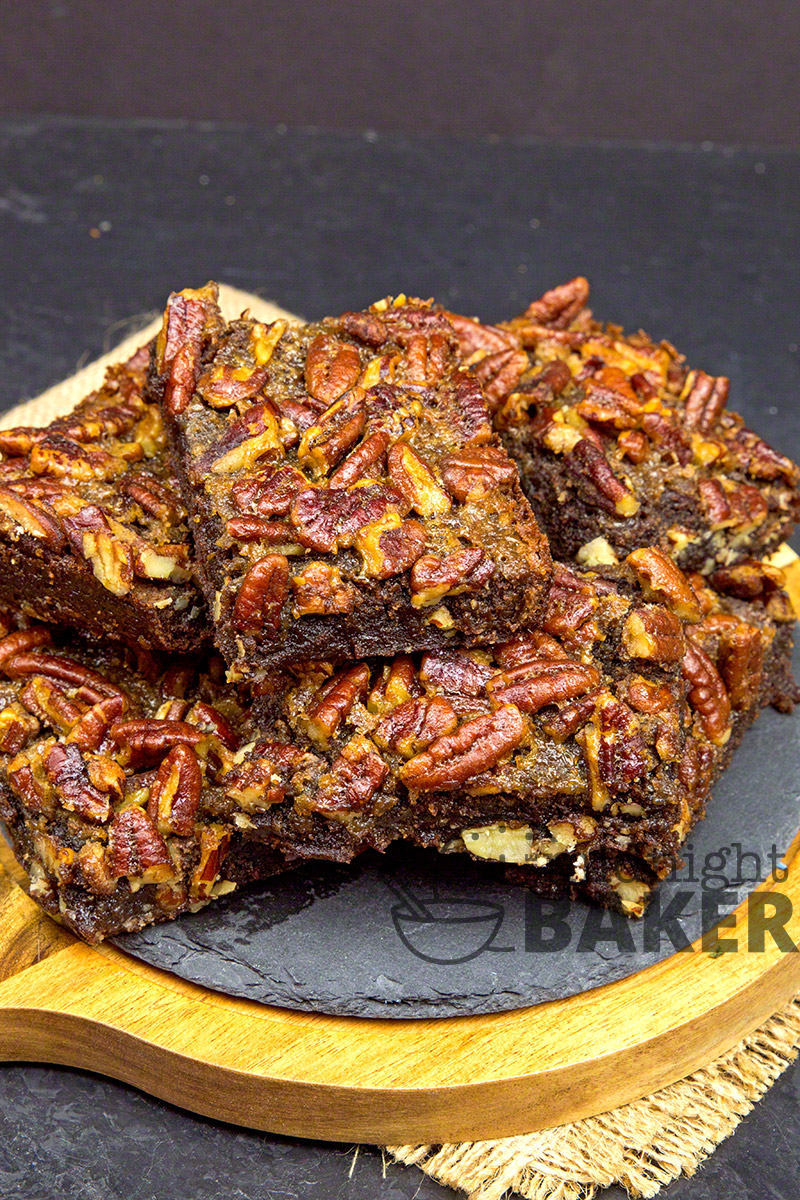 As stated, the brownie itself is from a mix. There’s plenty of varieties in these mixes now, so choose what you like. Just make sure the mix is also for the 13 x 9-inch size because that’s the size pan you’ll be using to make these. Remember you also need the ingredients that the box calls for.

Alternatively, you can make your own from-scratch brownies. Brownies are not difficult to make and you likely have all the necessary ingredients on hand. The only caveat is that with your own recipe, as for the box mix, there must be enough to make the 13 x 9-inch size. 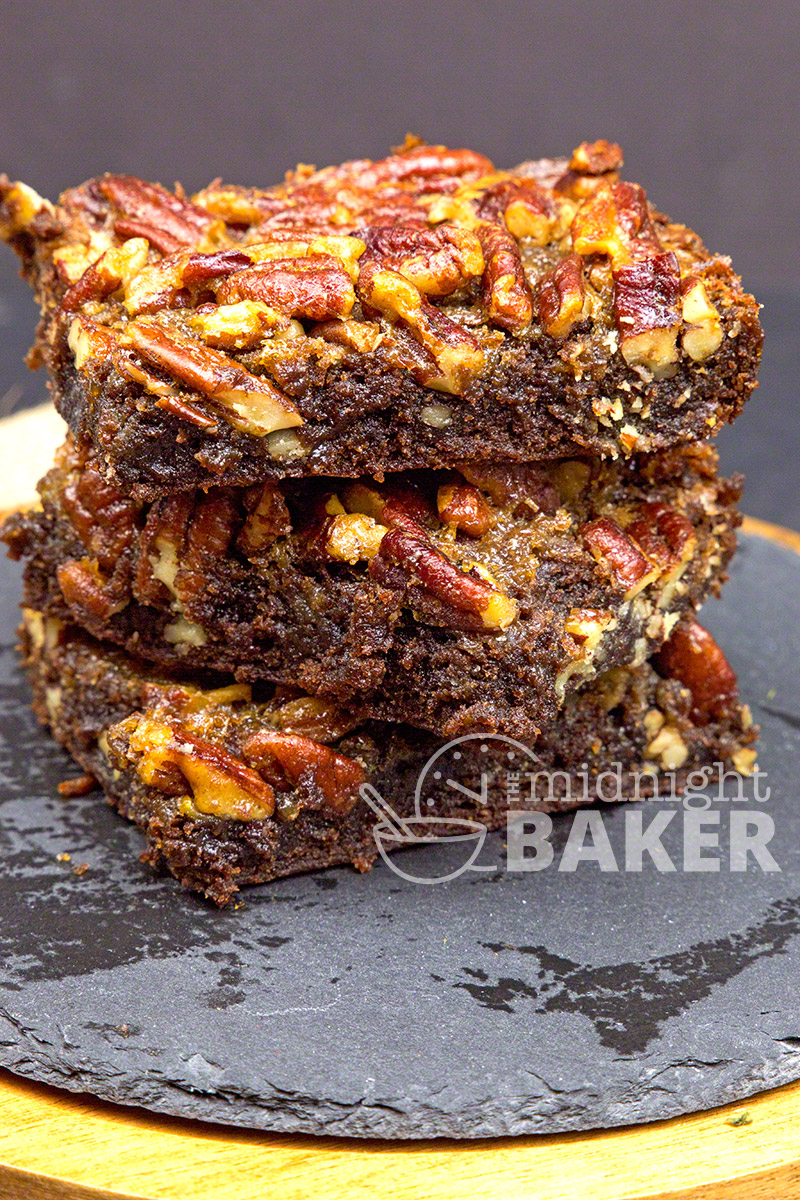 Here is where I’d say to use the high-quality ingredients. The topping is the major flavor for these brownies.

I usually lightly toast pecans, but here it’s not necessary. In fact since they are so expensive, I’d opt for buying pieces or chopped pecans. First of all, it will save time and I find they’re generally cheaper than the ones sold whole. Whole doesn’t do much here, unlike the pie where they’re decorative. Here, the topping is cooked so whole are bound to be broken just from the cooking process.

The bourbon is optional. If you’re serving this treat to grown-ups, it’s an interesting taste. However, kiddos may not appreciate the taste; the alcohol is evaporated in the cooking so no worries there. It’s just a taste that young children as a rule do not appreciate. 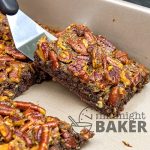 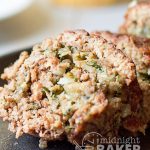 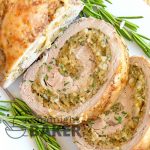 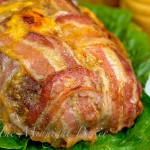 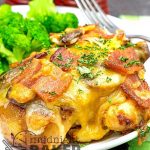