I sure do and I really got tired of having to wait until Chanukah and bothering all my Jewish friends to make these for me!! So I started making them the quick way as my mom used to do.

My mother had found a recipe years ago that made this tedious task of grating the potatoes and the onions for potato latkes relatively easy–on time AND knuckles.  I really forget where she found it now.  Probably in the little booklet that came with the first blender she got, an Oster.  That Oster STILL worked after 40+ years btw.  I think she left it for the people who bought her house when she moved!

Using a conventional blender, you may have to stir to get the top part of the mixture down to the blades, but if you have a Ninja or Vitamix, having to stir won’t be an issue.  Only thing you have to watch here is that you don’t OVERprocess, as the centers of the latkes will be a bit gluey due to the starch in the potato.  So just do short pulses and stop when you have a puree.

Serve these with either sour cream, a GREAT applesauce from Melissa over at My Whole Food Life, or plain, as I like them.  YUM.

Here’s Melissa’s apple sauce recipe.  Made in the crockpot too! 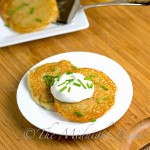 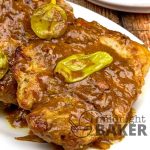 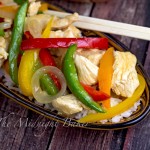 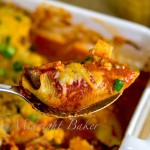 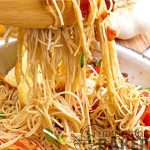