Warm and spicy apple dessert easily made in the slow cooker.  Perfect for fall.

The story of this starts with the fact that I had to buy an entire bag of Granny Smiths to make the sweet kugel.

Rather than let them go bad, I wanted to use them because even though I am getting MUCH better at doing so, I still throw out too much food due to spoilage than I’d care to do.

On my trip to Aldi last week, I picked up a box of their apple cinnamon muffin mix on a whim.  I rarely use a mix to make muffins, but the box sorta called to me…LOL.

I wanted to use my slow cooker(s) as well.  They don’t get the use they should either.  And I always remembered a fan telling me her mom had made dump cake in the slow cooker for years, so I wanted to try this.

Obviously, I started with fresh apples here, but from similar recipes I’ve seen on the net, you can use canned pie filling. Most recipes call for one can…but that’s just a guide.  I think this is one recipe that you really can’t louse up, so just tweak away and make it your own.  Yellow cake mix or any one of your choice will work here too. Point is, use what’s in your pantry!!!

Speaking of cans, we were all talking about can openers in a group I belong to–I know, we have no lives LOL–but most of us bought this Kuhn Rikkon safety one and were all raving about it.  I paid a lot more than what Amazon is asking so what I did was buy a spare just in case.  Well, everything breaks after a while, but this is a nifty little device and you’ll never know how useful the bottle opener is unless you have arthritis.  It’s a BOON!!!  BTW the red one was the cheapest. 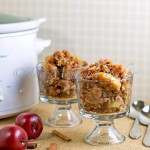 Apple Dapple Pudding is a warm and spicy apple dessert easily made in the slow cooker.  Perfect for fall. 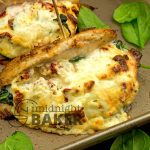 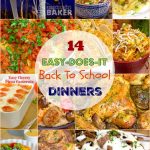