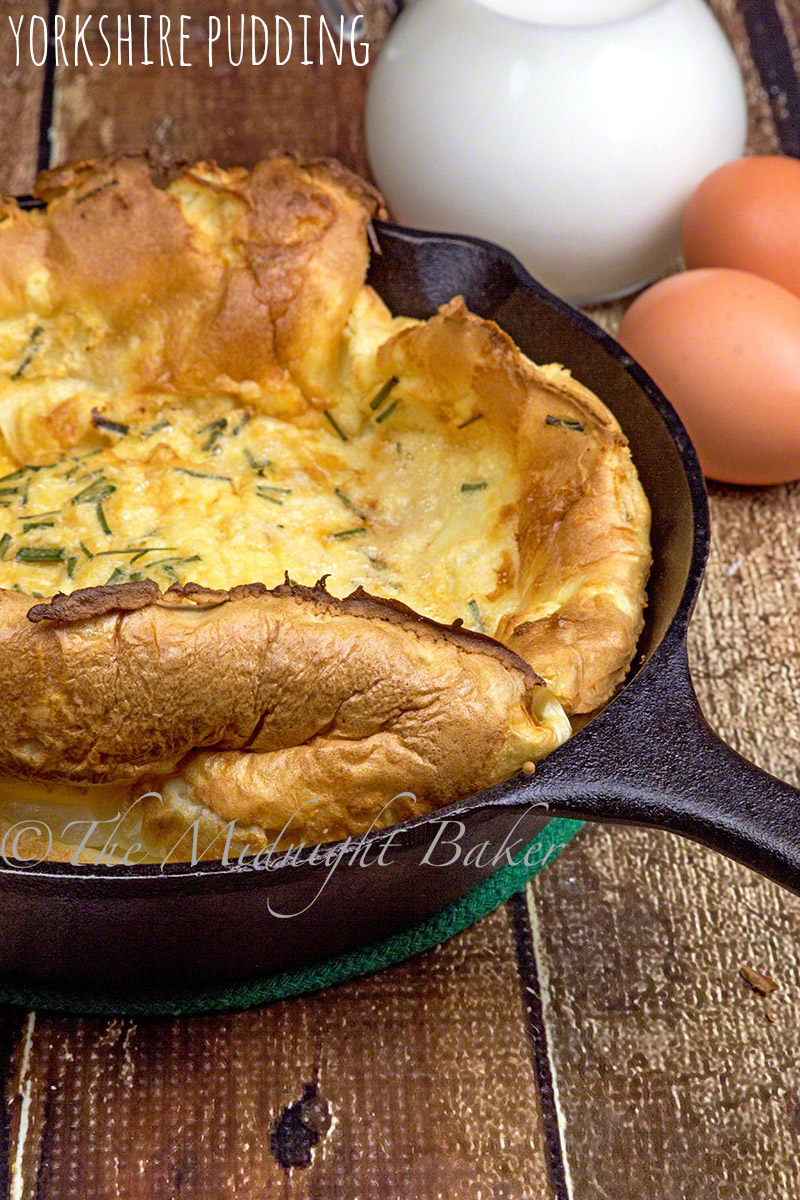 Yorkshire pudding is a long-time British tradition with a Sunday roast beef. Make it plain or make it fancy.

This is one of the foods of my youth. It brings back such fond memories. 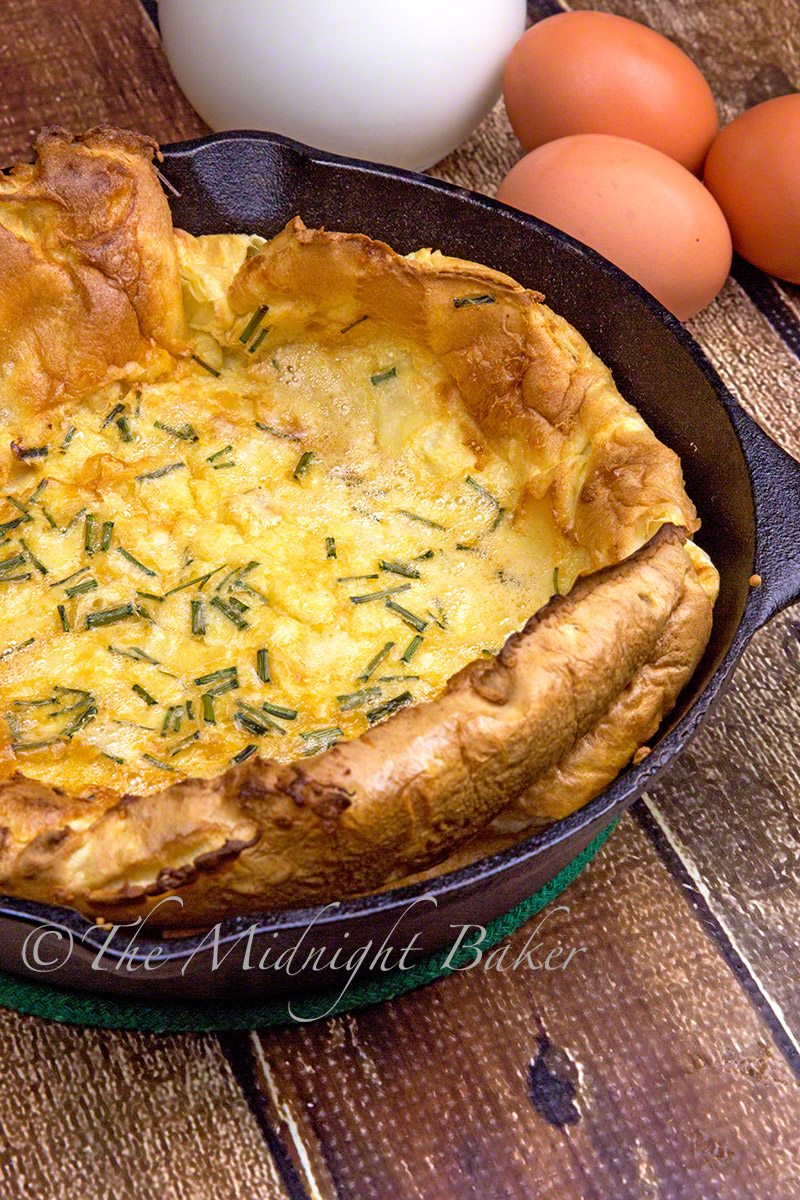 If we had roast beef (or beef “joint” as the Brits call it) for Sunday dinner, a Yorkshire pudding was always on the menu as were roast potatoes and brussels sprouts. My mother was British so we grew up with many traditional foods. This was one of them. My mother used to make the Yorkshire pudding aka “yorkie,” in an old deep-dish Pyrex pie pan. I can still see it clear as day–even though I might not remember what I had for lunch today, but the pie plate I remember LOL.

As I understand it, the origin of a Yorkshire pudding goes back to the days of old English country inns where they’d roast the beef on a hook in a hearth over an open flame and have a pan below the roast with a flour/milk mixture that caught the drippings and this was served with the roasted beef. How accurate this story is, I don’t know, but it’s one that’s often told.

What a Yorkshire pudding really is amounts to a big popover that falls in the center.  The center will fall almost immediately when it comes out of the oven. However, the high sides remain. Here’s what it looks like before taken out of the oven:

Traditionally, beef drippings are used as the fat, but you can use oil–but NOT olive oil because of the high heat involved in making the pudding. The best choice if you use oil would be peanut, canola or safflower oil. Don’t use butter either. It will burn. If you’re really lucky and have rendered duck fat on hand, it can be made with that. Don’t skimp on the fat, but don’t overdo it either. You need a fat to make this, however too much will spoil it and the pudding won’t set up right.

The recipe is actually a formula–and a simple one. I’ve seen recipes on the net for this and it’s just unbelievable how a simple dish has been made complicated. I’ve seen ones with too much fat, too much flour, too many eggs, you name it. I’ve also seen ones that advise refrigerating the batter–NO, NO, and NO again. Don’t let this come near refrigeration!! Just let it sit for 30-60 minutes–and that’s the key to a GOOD Yorkie. 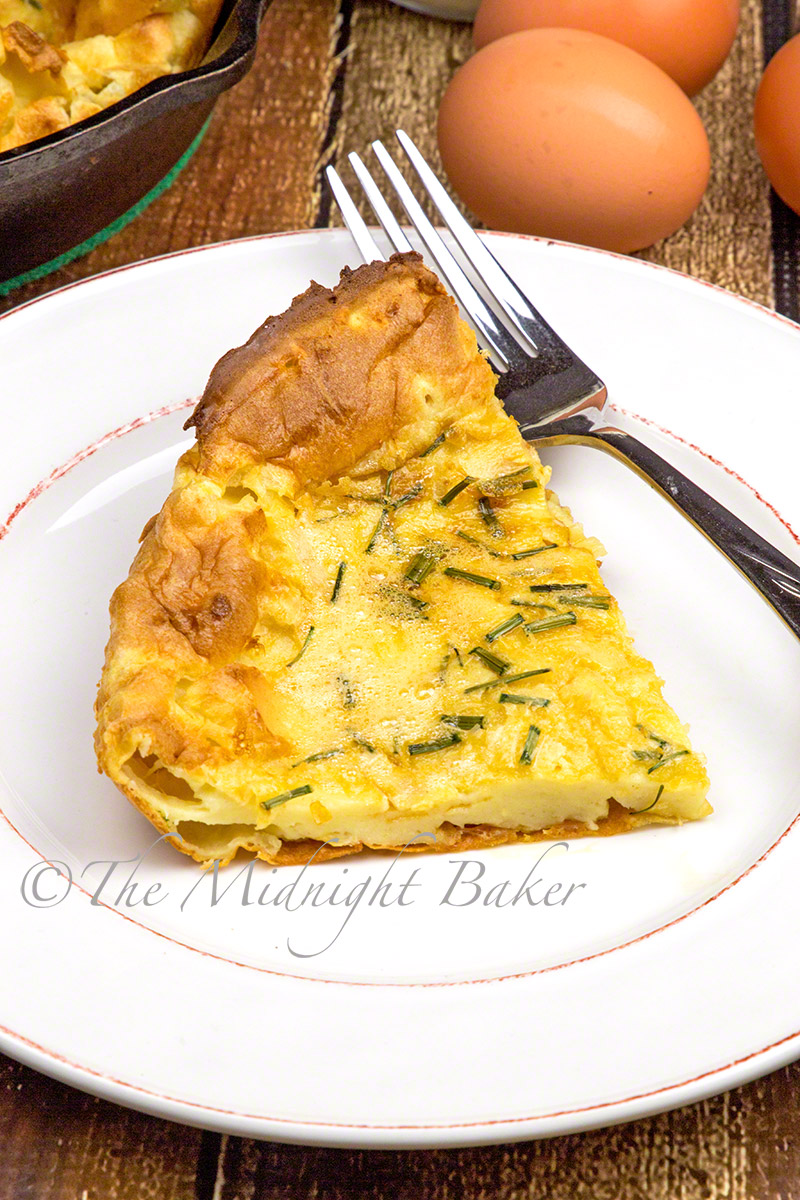 The formula is based on how many eggs you use. I really don’t know anyone who makes it with one egg though–it wouldn’t be big enough. Anywhere from 2-4 eggs is the usual. Your pan is also important. You need one with high enough sides so the batter can “hold” the side and rise. I often make one that contains 2 eggs and I use a 8-inch cast iron skillet which produces perfect results and makes 4 normal servings. I do advise using cast iron skillets to make Yorkshire pudding. They conduct heat VERY well and you don’t have to worry about thermal shock the way you do with glass or ceramic. Metal pie pans and metal baking dishes will suffice too.

In the pudding above, I used some fresh chives. You can also use a pinch of thyme or any herb that suits your fancy. It’s not necessary because it tastes so good just plain! It also is great served alone for a light lunch, brunch or dinner! 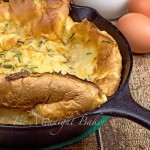 FOR EACH EGG USE: 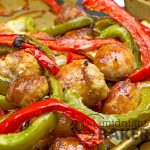 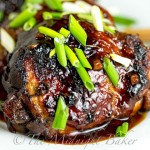 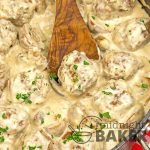