Savory pork chops slow cooked in a creamy onion sauce, but you won’t believe how easy they are!

This is one of the easiest, yet tastiest crock pot meals you will ever prepare!

Another plus is that it cooks in a relatively short time in newer slow cookers.

This is one of those “dump-and-go” meals–there’s no extra work involved. Of course, if you want to brown the chops first and deglaze the pan with the wine, that would increase the already great taste. However, it’s not at all necessary.

My friend Cris featured this in her “Whatcha Crockin‘ ” roundup on Recipes That Crock. And if you’re looking for super crock pot recipes, hers is the site to visit first! 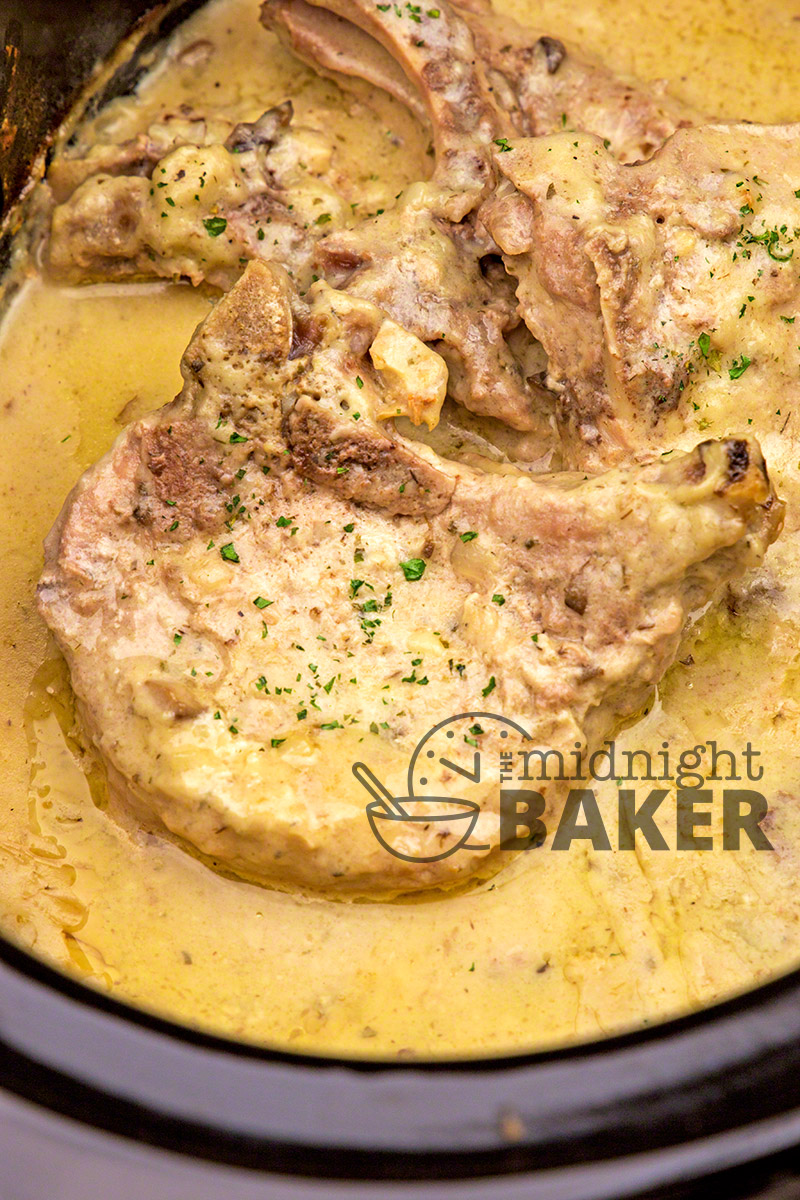 About Those Cream Soups

Unless you are lucky enough to be able to find a can of condensed cream of onion soup, you will probably have to prepare your own. I haven’t seen this variety for a long time.

I have a marvelous recipe for condensed cream of soup on this site. And since I started using that recipe, I will never buy a can again. They are easy to make and taste terrific too. I’d never consider reconstituting a can of cream of mushroom to eat as soup, but my own homemade condensed soup I’d reconstitute and eat in a heartbeat.

I made my own cream of onion and cream of mushroom for this recipe and I’m convinced it’s superior flavor came from the homemade soups. 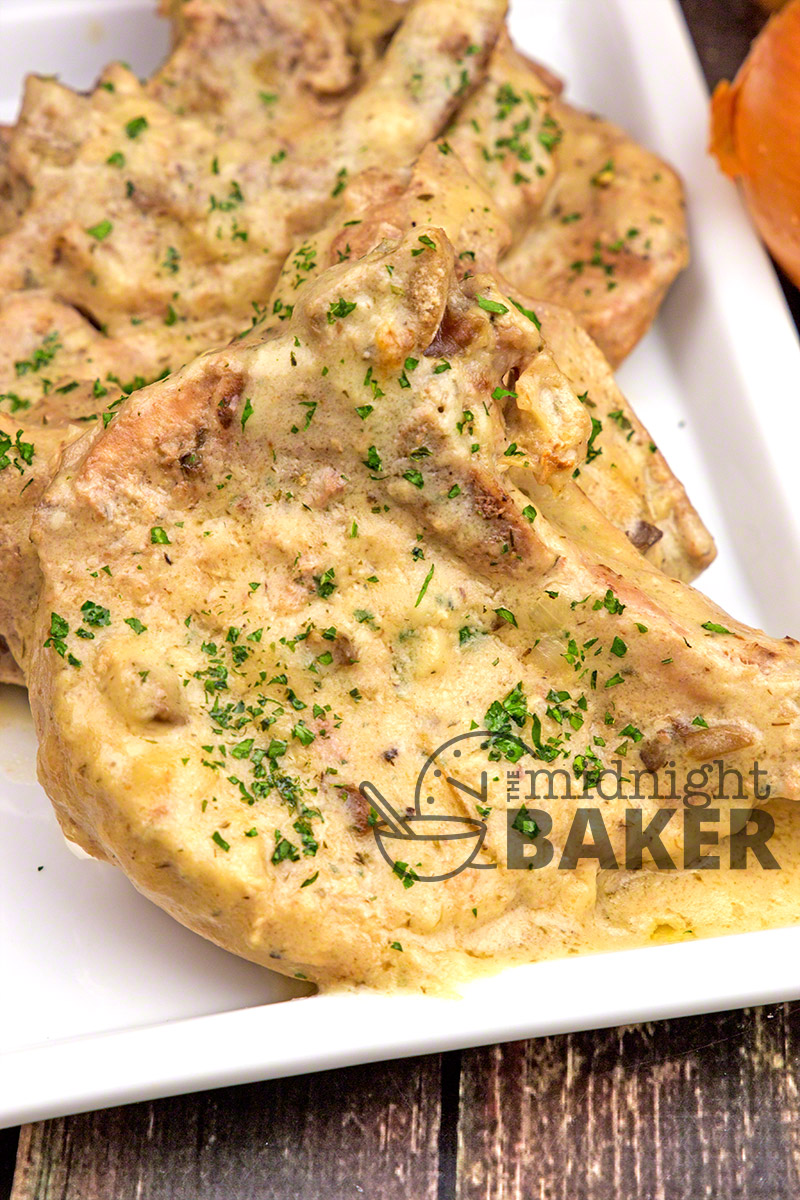 While that might be considered an oxymoron, it’s true!

This is an old recipe from Taste of Home that I adapted. When this recipe first appeared, the crock pots cooked slower because the low setting was 200 degrees F.  More modern slow cookers now cook at 300 degrees F for the slow setting.

As long as your pork chops are under one-inch thickness, they will likely be done in about 4 hours–yes, even on low. If you plan for half the usual cooking 8-hour cooking time, then your pork chops will not be overcooked and falling apart. But if you do cook it longer and that happens, it will still taste good!

Link to recipe for homemade condensed soup is HERE 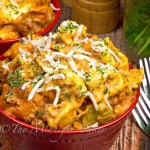 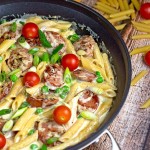 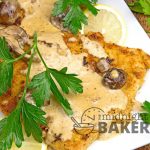 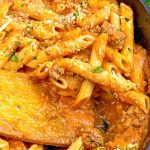