Let your slow cooker do all the work with this great tasting Cajun steak. 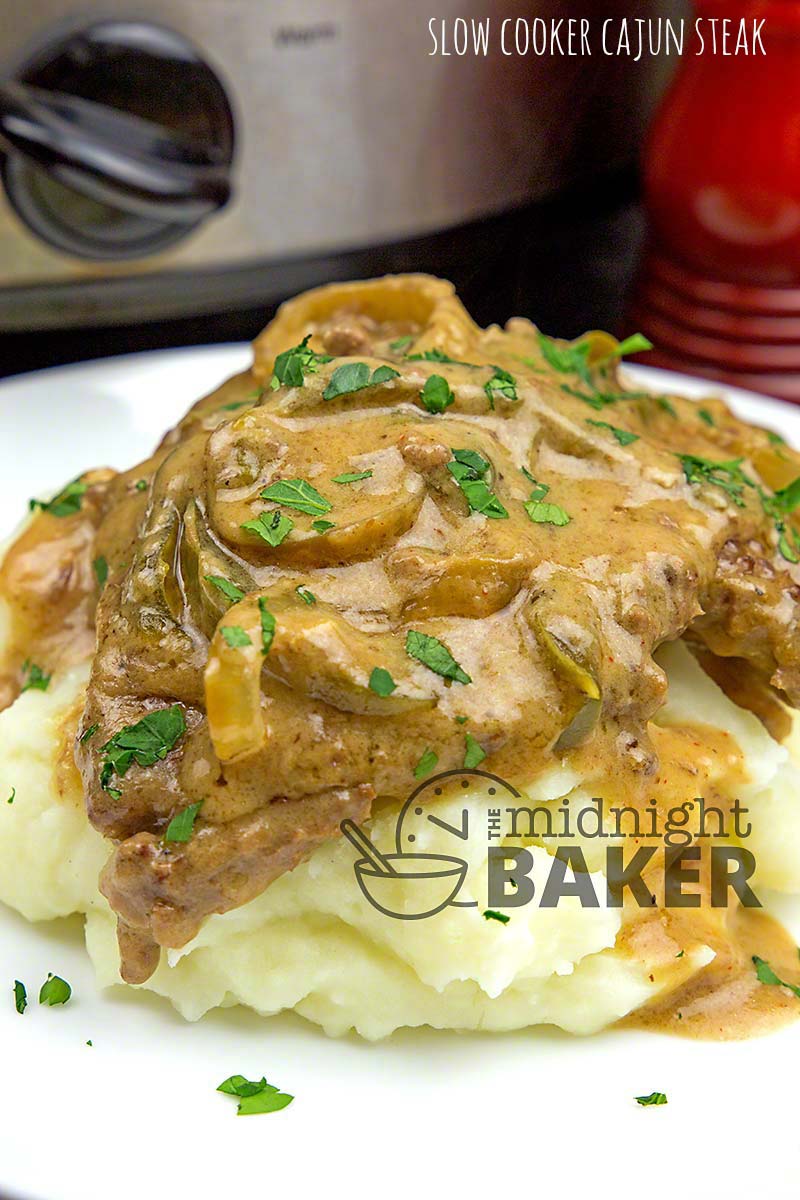 Slow Cooker Does The Work

Your slow cooker is a great way to prepare a tasty meal with little effort on your part.

This slow cooker Cajun steak is just one of those recipes. This recipe is a two-step process.  The first step I consider to be important to build good flavor. It’s not entirely necessary but worth it provided you have the time.

The low slow cooking brings all the flavors together perfectly. The gravy is delicious too. Serve it simply on top of a mound of mashed potatoes. 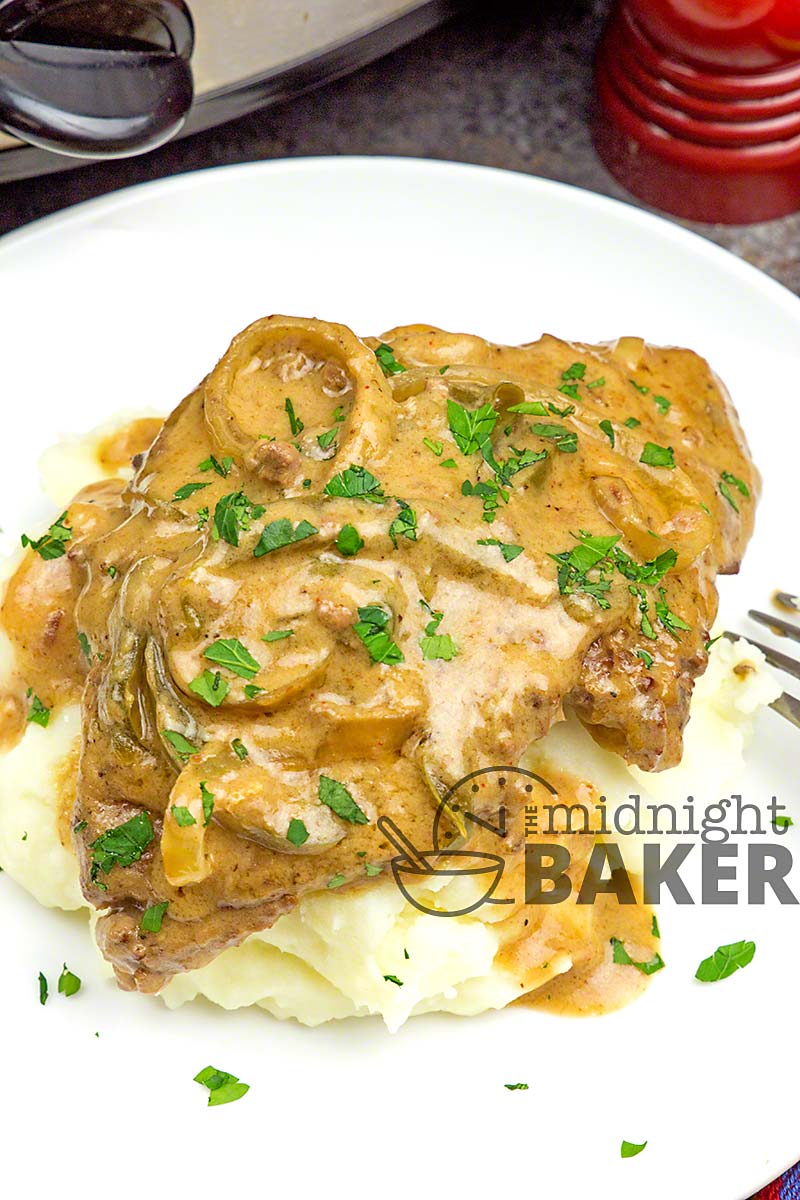 Lends Itself To Substitutions

This Cajun steak lends itself to substituting what you have on hand. Since stores are mostly picked clean with what we’re going through, many of us are turning to what we have on hand to make meals.

Don’t have cube steak? If you have a beef roast in the freezer, cut that up into thin steak slices and that’ll work out fine. So will a London broil.

You can make your own Creole/Cajun seasoning with herbs and spices you have on your shelf. Of course you can leave it out, but the dish will be less spicy. However, it’ll still be delicious. 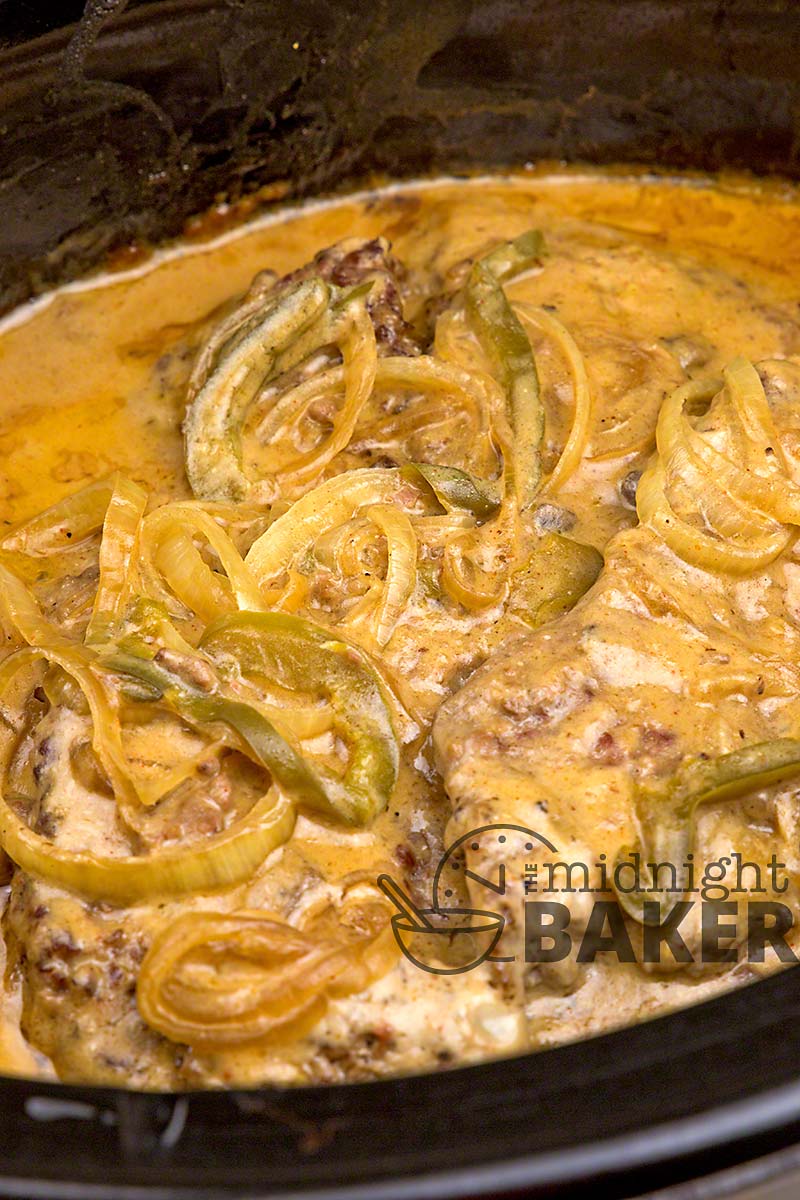 That One Extra Step

That extra step I spoke about in the first section is browning the meat.

Granted, it’s not entirely necessary. You can just dump and go with this recipe. But over the years I’ve discovered browning whatever meat you’re using improves the flavor greatly.

Another thing I do is deglaze the pan to get up all those delish burny bits at the bottom and incorporate that into any stock that’s used. So if you use a half cup of water to deglaze, just top that up with whatever stock you’re using.

Use a 6 or 7-quart slow cooker to make this smothered steak. It is better to brown the meat before placing in slow cooker rather than simply season and flour the steak and toss it in the slow cooker. It works, but browning tastes much better. I use lower-sodium products in this If you can’t get onion soup mix, 1 tbs beef bouillon granules and 1 tbs dehydrated onion can substitute. Be sure to mix the mushroom soup, onion soup mix, beef broth, soy sauce, garlic powder, Cajun seasoning, and paprika together before adding it to the slow cooker.
The slow cooker is so full not everything will be seasoned well if you do not stir it together first.

Previous Post: « Rustic Ragu One-Pan Pasta Meal
Next Post: Buttery Coconut Bars »
Copyright © Judith Hannemann aka The Midnight Baker 2020. All Rights Reserved. No part of this website may be reproduced without The Midnight Baker's express consent. 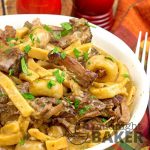 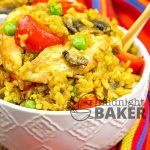