Home » Uncategorized » Creations With Fleischmann’s® Yeast Are Fun And Easy 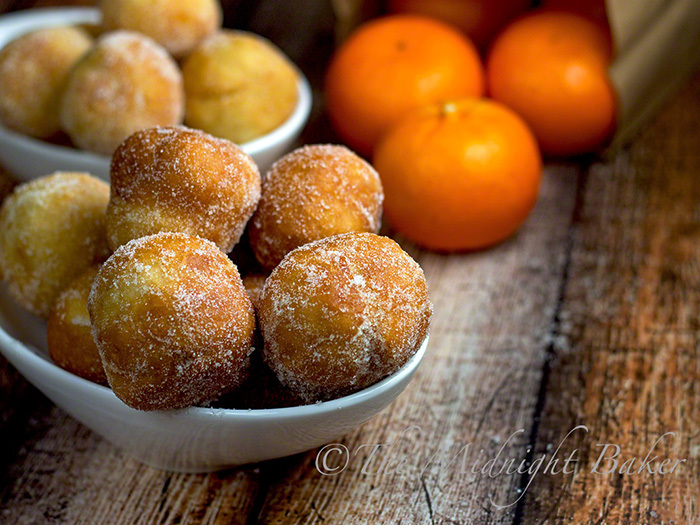 Are you afraid of working with yeast? Come on, admit it; you’re in good company here!

For a long time, I blamed it on the house we moved into. It was old and drafty. Sometimes recipes would turn out fine, sometimes not. It got to the point where I wouldn’t even attempt making anything for fear of wasting good food. The major problem for me was rising.

Last year, I bought a new jazzy professional mixer and decided once and for all I was going to conquer my yeast baking dilemma.

First thing I learned was not to use old out-dated yeast! Once that problem was solved, I wanted to tackle the problems that came along with old and drafty houses since I know that success for rising yeast dough is dependent on atmospheric conditions.

Thanks to the internet, I found a great tip for rising yeast dough successfully every time and I found it on Fleischmann’s Breadworld Education page. I use the oven method with the bowl of water.

I’ve never looked back after that one and now bake many breads and rolls with amazing success. I’ve passed that tip on to many people too. It’s a fun activity and I think what makes it so much fun is you are working with something that is alive.

Just for fun and to be creative, I chose to make the Beginner’s Regular Pizza Crust but make it into something entirely different. I have always loved the fried dough you get at county fairs and had a go making it with pizza dough since that has a chew factor the stuff you get at the fair has. I introduced some orange flavor in the dough and in the sugar coating. 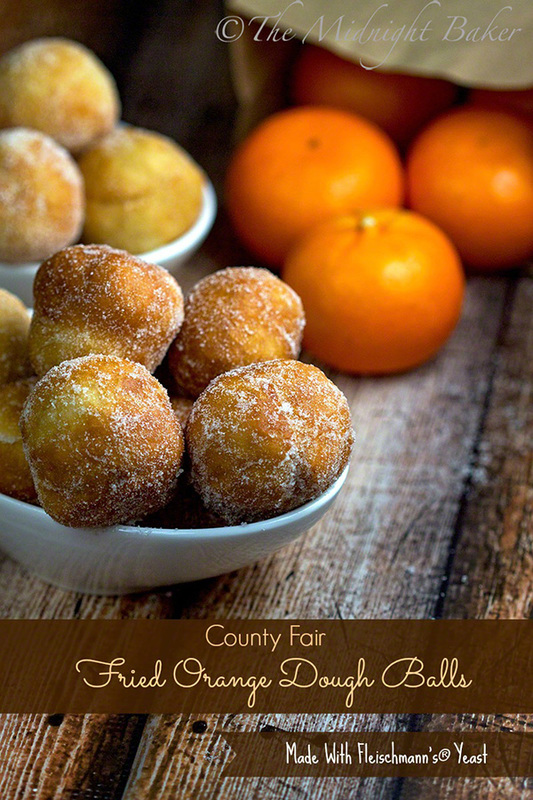 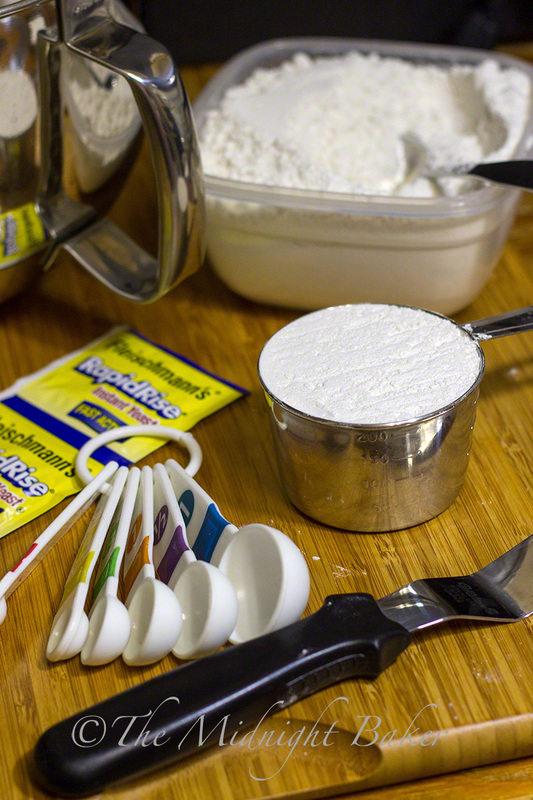 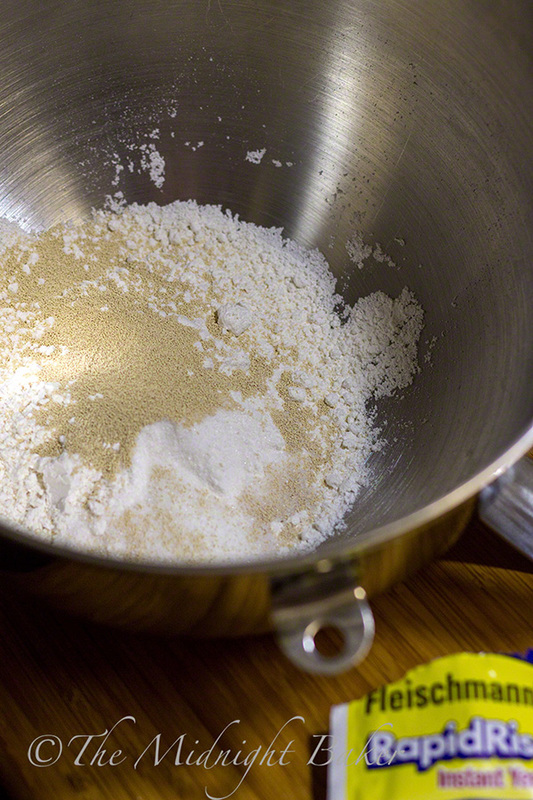 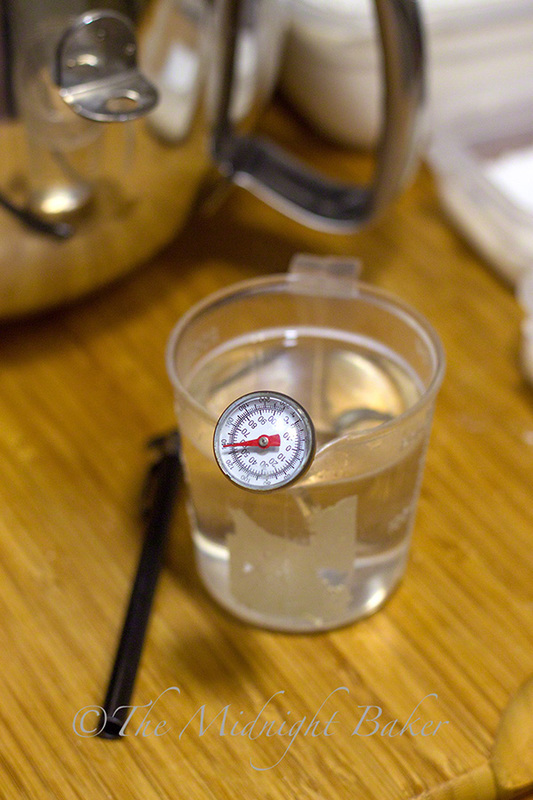 *Use an instant-read thermometer to check water temperature. This is an important step! Add very warm water, orange zest and oil; mix until well blended, about 1 minute. 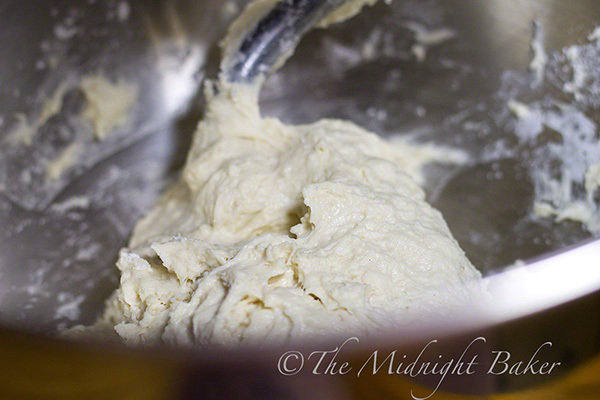 Gradually add enough remaining flour to make a soft dough. Dough should form a ball and will be slightly sticky. I use the dough hook to knead and there’s a great tutorial video on the Fleischmann’s Education page under Technique Videos. 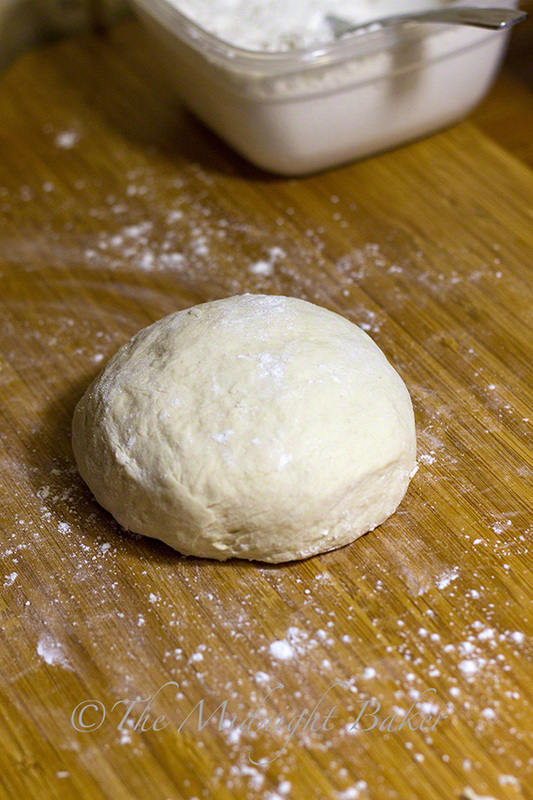 Let dough rest 10 minutes. I used Rapid Rise yeast, so at this point I covered it with a kitchen towel as instructed in the recipe. While dough is resting, heat about 2-inches of oil to 375° F in a deep skillet or dutch oven. 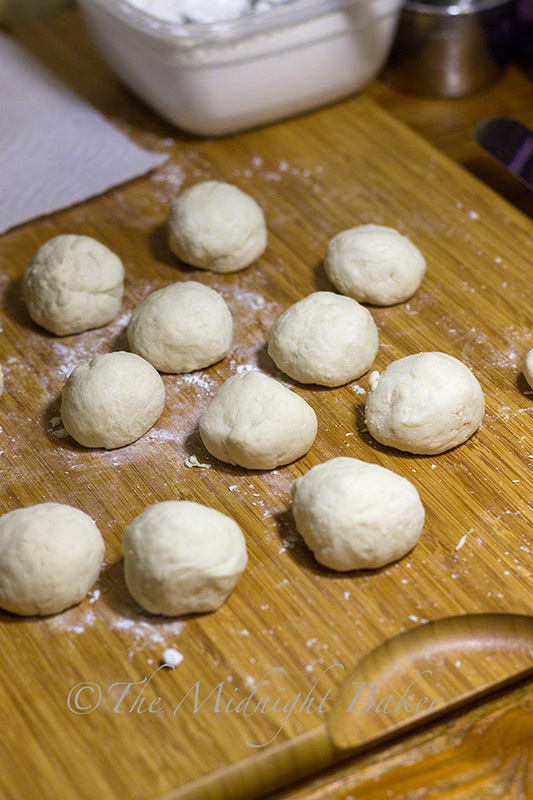 Pull off equal parts of dough–about the size of a walnut–and roll into balls. 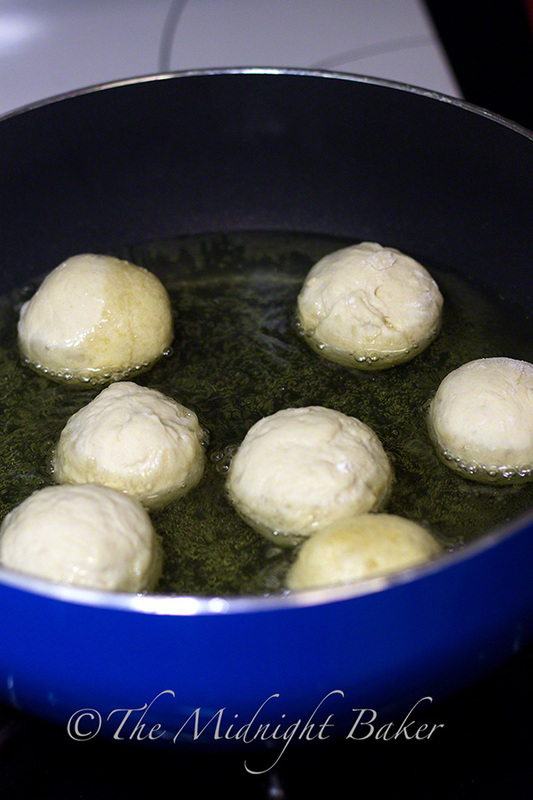 Drop dough balls in hot oil, but do not overcrowd the pan; leave enough room for them to move around freely, as shown. Fry for 10 minutes, turning halfway through cook time. Remove with slotted spoon to plate lined with paper towels. They may be kept hot in a 200° F oven while frying the next batch.

Mix the 1/2 cup sugar, 1 teaspoon shredded orange zest and the optional cinnamon in a plastic food storage bag. While dough balls are still warm, add small batches in the bag and toss to coat with the flavored sugar. 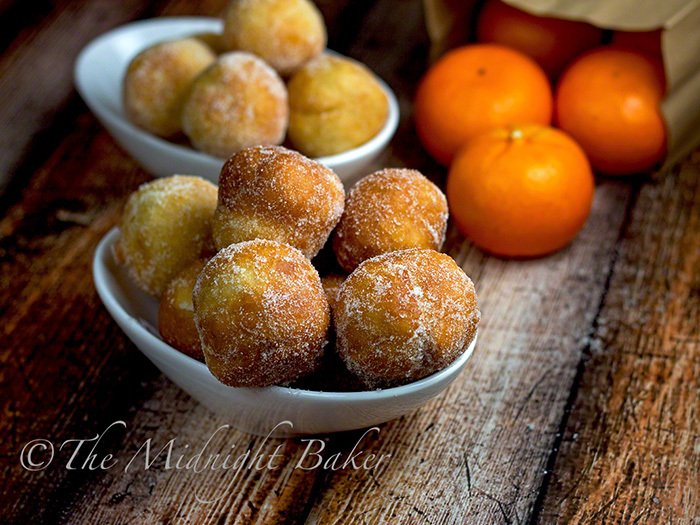 There’s a sense of pride in sharing something you’ve baked from scratch. With
Fleischmann’s Yeast, you won’t be afraid to find your creativity in the kitchen or even get your apron a little dirty. Baking with yeast this holiday season can be as easy as pre-heating the oven. To find out more, visit foodnetwork.com/holidaybaking.

This is a sponsored conversation written by me on behalf of ACH. The opinions and text are all mine.